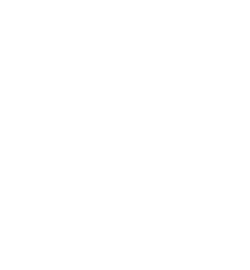 More than half a million EU citizens applied to the EU Settlement Scheme last month, according to official figures, renewing concerns over the growing backlog of applications from European employees looking to stay in the country after Brexit.

However, the figures also revealed just 373,000 decisions on status were made in September, adding to concerns that a backlog of applications – which totalled 275,500 at the end of September – could cause problems with the current Brexit deadline closing on the 31st October.

What is the EU Settlement Scheme

The EU Settlement Scheme is a Home Office initiative designed to provide EU citizens and their families currently living and working in the UK with a route to remain in the country after Brexit. It is open to all EU citizens who began living in the UK before 31 December 2020 or – in the event of a no-deal Brexit – the date the UK leaves.

Updates to the EU Settlement Scheme

Guidance for planning for a No-Deal Brexit

The Government has updated its guidance for social care providers and sets out the actions you should take before and after the 31st of October 2019 Brexit deadline.

Guidance for healthcare providers is available in the Planning for a no-deal Brexit: information for the health and care sector collection.

If policies restrict the UK care labour supply or the services provided by that labour, it will present problems to a considerable number of employers. UK employers will need to consider what their future care workforce will look like if work arrangements significantly reduce the number of workers available to them.

Once again, HCPA is strongly urging all providers to ensure that they are supporting the EU citizens they employ by completing the EU Settlement Application as early as possible.

The Government has announced on the 22nd January 2019 that the planned fee to apply for ‘Settled Status’ via the EU Settlement Scheme has been scrapped.

The Home Office EU Settlement Scheme provides EU citizens and their families with a route to living and working in the UK beyond 31 December 2020.

The Home Office has published a short step-by-step guide to help people to navigate the Settlement Scheme process.

They have also developed an employer toolkit, which provides you with a range of tools and information to help you support your EU staff and their families to apply to the scheme.

Brexit – Have you considered if Service Users need your support?

Over recent months HCPA has been focussing on Brexit and our members’ staff with regards to EU Settlement. We wanted to also point out that this could affect Service Users also.

“The official estimates of EU nationals exclude some people, such as those living in care homes or hostels, and may undercount others. Ultimately, it is difficult to know exactly how many people are eligible to apply.”- Karendeep Kaur, senior immigration consultant at Migrate UK

Our concern is that providers are also supporting and signposting service users whether in care homes, supported living or receiving homecare. We would urge you to ask your staff to identify these people and then ensure they have the links to the government guidance. If more help is needed we would suggest contacting an Advocacy Service.

Are you a member of HCPA?

We use cookies to ensure that we give you the best experience on our website. If you continue to use this site we will assume that you are happy with it.oknoprivacy policy
Revoke cookies